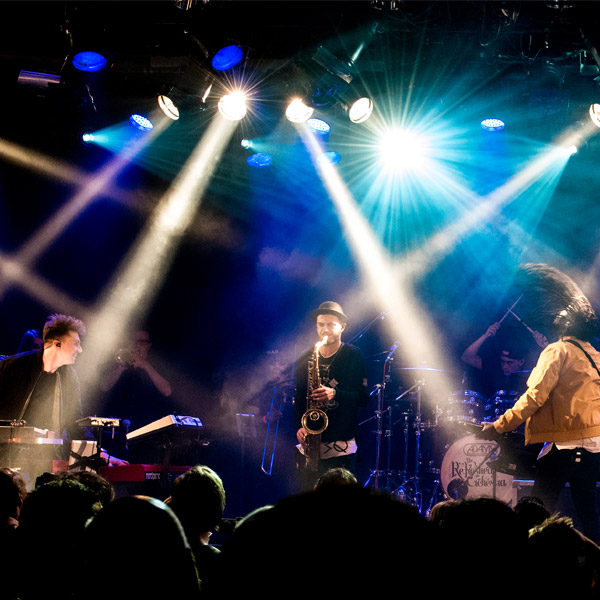 The Re:Freshed Orchestra is a wide collective of musicians from different musical backgrounds.
In 2011 the orchestra started with a tribute series to a few of their musical heroes like Nina Simone, Gill Scott-Heron, Jay-Z, Fela Kuti, and many more.

In 2012 they released their first album Re:Encore which recorded their tribute to Jay-Z on the Kindred Spirits Label. In the Re:Encore tour they played on many national and international festivals like North Sea Jazz Festival (2013), and have broadcasted live from the Uitmarkt for the last two years (2013&2014)
lees meer...

The base of this project is controlled chaos, experimental and creating from a joint passion of great music. The performances end up being unique one time only performances which have a jamsession feel.